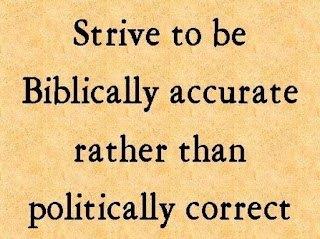 After watching the news about the upcoming Supreme Court decision about gay marriage and seeing the profile pictures of people on fb as well as some in your face posts about it all I can not be silent about my beliefs and feelings on this subject.

I will not disrespect the gay people's right to express their belief but I desire to be equally treated to my expression of faith and belief. I also would not unfriend a person on fb ( Not that I was but read some were) just because we disagree on an issue....Unless I felt the other person was rude or using profanity to express themselves but come on people we are adults and can act like adults...

I don't know how some Christian people I know can think away some of the Bible verses about homosexuality but , that really is not between me and them but God and them. I just know when I read these verses I believe it says something very different. I also believe as a Christian it is important for me to express this publically . My intent is not judgement but to share my beliefs about what I read in the Bible. I happen to hold the Bible as the highest authority in my life. I have tried to live according to the principles and values in the Bible. If someone disagrees with my choice to claim the Bible as my authority that is their opinion and right to do so respectfully. I will not post the verses but there are many that I feel prove my side.

I also feel like we as Christians can walk a much better walk when others disagree with what we feel and know is Truth. I liked these Bible verses I found that share some of my feelings about judgmental Christians :


We may let feelings of contempt or fear lead us into the sin of self-righteousness. But Jesus and other New Testament leaders taught by word and example not to be self-righteous or discriminate against those we consider to be "sinners" (Matthew 9:10-13, Luke 7:36-48, 18:9-14).
Further, Jesus told us to eliminate the sins in our own lives rather than passing judgment or looking down on others. For if we judge other people harshly, we will, in turn, be judged harshly:


"Do not judge, or you too will be judged. For in the same way you judge others, you will be judged, and with the measure you use, it will be measured to you. (NIV, Matthew 7:1-2)

Christians have a responsibility to correct matters of wrongdoing among themselves (Matthew 18:15-17), but this should always be done fairly and with compassion. We are never to take upon ourselves the task of judgment that belongs to God alone (Hebrews 10:30, Romans 14:10-13, 1 Corinthians 4:5.)
James makes it clear that we must treat others with mercy, not with judgment or partiality (prejudice):


You do well if you really fulfill the royal law according to the scripture, "You shall love your neighbor as yourself." But if you show partiality, you commit sin and are convicted by the law as transgressors. For whoever keeps the whole law but fails in one point has become accountable for all of it. For the one who said, "You shall not commit adultery," also said, "You shall not murder." Now if you do not commit adultery but if you murder, you have become a transgressor of the law. So speak and so act as those who are to be judged by the law of liberty. For judgment will be without mercy to anyone who has shown no mercy; mercy triumphs over judgment. (NRSV, James 2:8-13)

Now all this said only to mean I believe the gay marriage act is wrong. I believe in one man , one woman marriages. I also believe that I am a sinner too and I struggle daily with my own sins...I do not judge others for their beliefs....so don't judge me for mine.

Posted by mommajeane at 9:50 PM

The issue is you cannot deny rights of others based on your beliefs. Because if we go there, oh boy, most of the Americans would be already executed based on someone's beliefs.

Jeanne, this is EXACTLY how I feel, and don't know that I could have said it any better myself. I struggle with this routinely in my own heart, trying to determine how best to speak, live, and be a Christ-like example of my beliefs and convictions to both Christians and non-Christians. And I was just discussing this very issue with another friend a couple of days ago.

Since, like everyone else, I must personally acknowledge and bear the burden and consequence of my own sins, I am the last person who is in a position to have a right to judge. I just rest in the knowledge that I'm forgiven, and just want others to be able to experience this same kind of love and acceptance for themselves. I just reflect on the example of Christ with the woman at the well, and the woman caught in the act of adultery. He didn't "make war" with anyone. He spoke absolute truth, but in love and with compassion.

I'd sure rather receive Christ's "guilt trip" over anyone else's, because there was no mistake or fabrication of the facts!

Christ NEVER turned anyone away. He never spoke rudely or hatefully about or toward anyone - not even His accusers, not even the disciples who denied him at the crucifixion. I want to strive to be like that.

I have cherished gay friends whose love, friendship, and relationship I wouldn't trade for the anything. I love them like my own flesh and blood. Some but maybe not all know my beliefs and faith, but all certainly do know I don't treat them any differently than I would anyone else.

Like you, I don't agree with the lifestyle choice because of my beliefs, but I can also honestly see that in some ways some of "them" act like better people and live more honest, caring lives than some who claim to be Christians. Neither of those lifestyles may be right, but I truly believe this is why the world views "us" as hypocrites and living contradictions.

Like it or not, agree with it or not, we were all born with a God-given right to Free Will. I have no personal authority to force anyone to think or act as I do. It is ONLY my responsibility to live my own beliefs, convictions, and conscience, speak the truth in love, love my neighbor as myself - which does NOT exclude ANYONE, and make my life choices based on my own Free Will. Other people's actions or reactions will be their own choices, and we will never all agree on everything.

Again, even Christ couldn't and wouldn't force Himself on anyone. He only offered and sacrificed His life as the ultimate example, and waits for free souls to make their choice.

In any case, Jeanne, your post inspired me - obviously, and reaffirmed to me that I'm not the only one who thinks and feels this way. Thank you so much for your heart!

You are completely entitled to your beliefs based on your religious beliefs. But now picture a world where the book that others use to morality varies greatly from your own. (Lets say just for this purpose that this group ONLY believed in homosexual marriage and believe heterosexual marriage was sin) That this group using this book - they are the majority and that they believe there beliefs are superior or more important than yours. SO important in fact that they believe they should be LAW. They wished to ban all heterosexual marriage and thus dissolve and devalue your marriage - I mean you could stay together but you will not be afforded the same rights! After all your beliefs differ from the religious majority therefore they should be able to impose there beliefs on you! Or should they instead be tolerant? Should they follow their beliefs dictating you to follow them as well ....

I don't have to make believe a world that is what you describe...I live in this world and will in another when I die...I am not going to discuss or engage in challenging dialogue with you or anyone else about it. My blog post was not to convince you or anyone else...it was just to state my beliefs...Sorry...maybe it would be a good post for you write on your blog. My beliefs were not put out there for anyone to challenge. I respect your opinion but that is all.

It wasn't meant as a challenge - more "food for thought" much like I would guess your post was meant for! And while I respect your beliefs if you are really not wanting to hear opposing beliefs a public forum (yes *YOUR* blog is a public forum)is not the best place to post them?

You are absolutely entitled to disagree with LGBT marriage. I understand that your religious convictions morally and completely oppose all things regarding homosexuality.

Mine don't :) and I'd like for our beliefs not to impose on one another.

Mindy I do appreciate another person's opposing views...I actually respect a person more for knowing what they believe and being able to defend it even if I disagree...My post on my blog ( yes it is an open forum) does not mean I have to share or allow any discussion that I choose not to. That is the beauty of a blog...so if you do not like a blog you do not have to read it. Just because it is public and (not all are ) in no way makes me have to allow opposing views- I do not even have to publish your comments but I do appreciate the manner in which you are addressing my post and my opinion...I just disagree as you said as well as on your point that it is a public forum. I am not sure where you get that idea that I have to entertain opposing views on my blog....It is my blog as I said and you can choose not to read it, I will not be posting anymore of your comments after this...but I have appreciated your different opinion and how you defended it.

Hi Jeanne,
You shared a solid truth..THANK YOU.
Too many today stay away from such emotionally charged topics. My basis is simply the Bible. There is no other view to consider...no vagueness...no lack of clarity...no grey area...it's so clear to me.
I also agree with you in that we are living in the world that Mindy described...what was once accepted as immoral has become moral and what was once moral is viewed as immoral. But guess what? The Bible told us that was coming too so I'm not surprised or unprepared!
Safe travels my friend! Happy Easter...this glorious day of our Lord's resurrection!!!!! Love, Mary