So much more than soccer stars.... 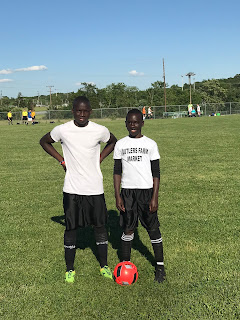 Levi and Zeke before a game 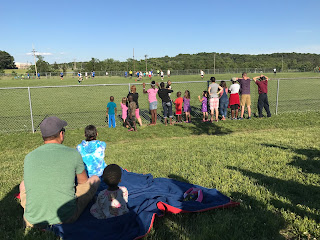 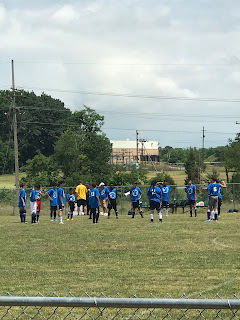 Game times were fun times for all of us 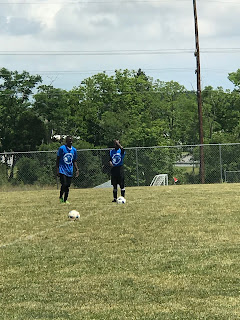 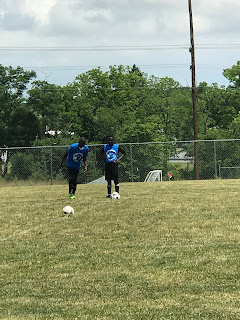 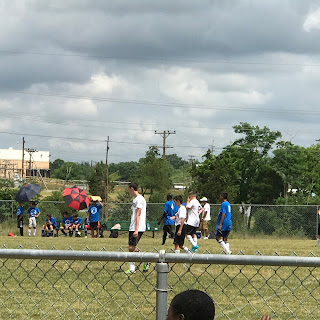 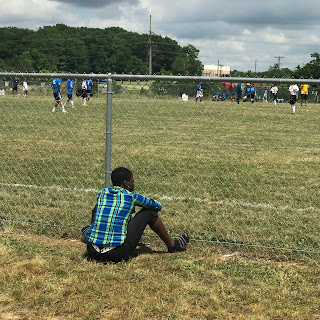 This is Levi's sister, Grace and she was the biggest fan of her brothers. 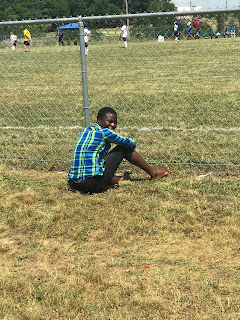 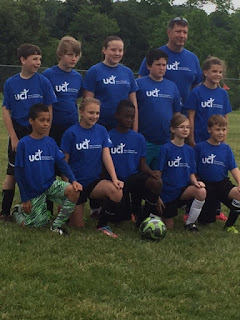 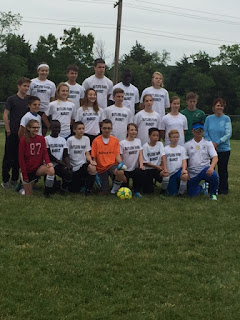 Levi and Zeke's team with Luke as an asst. coach 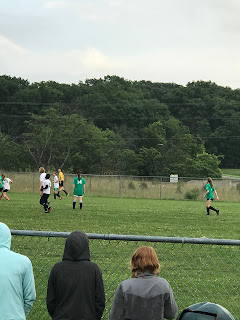 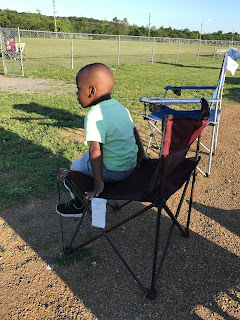 Even Jubal got into the games... sort of

I have to be honest when Paul first talked with me about the boys playing soccer this spring I was not overly enthused. We have done the sports scene before and it is just not the most positive or encouraging environment for my choice of spending my time. This was a great season though for the boys....they are actually very good at soccer and I have seen the evolution of a positive self esteem in all 3 of my boys and I loved watching that. The chatter after the games was wonderful to hear....the laughter and the encouraging time they had playing " futbol" which is the sport of choice from their home country of Ghana was really special to me. Maybe they have struggled some before in their lives, maybe they were teased and bullied because they were so poor , maybe they were never the top kids but always felt like the bottom but not this season of soccer....All 3 were stars on their team. People recognized their skill and ability and they loved playing . I am so proud of their efforts on their team and how well they handled the attention...because not only is having the ability important to me but so is the character that is being built on a team. Watching them not be ball hogs but actually wanting others to score the goal - passing the ball at times and caring about their fellow players was awesome to watch....So yes, I am glad they can shine on the field and they did. I am so proud of them for much more. I even may have shed a tear watching them play soccer this spring at times .

Posted by mommajeane at 8:33 PM