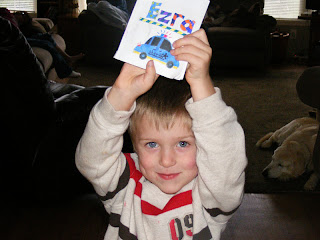 Ezra spent most of his time drawing or getting someone else to draw a truck. It was a good thing I had lots of paper :) 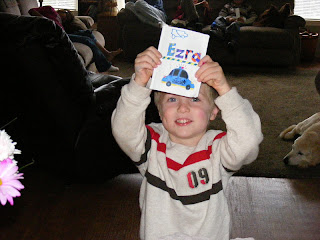 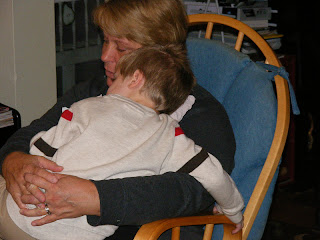 After his nap he was my buddy...for the rest of the nite. He had to sit by me at dinner and wanted me to do everything for him...Of course Nana was more than happy with this. Especially since they live in NC and I don't get the chance as often as I would like to cuddle with him. 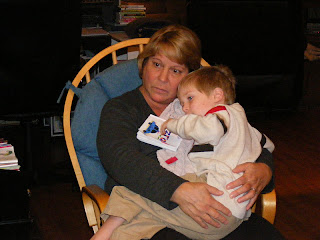 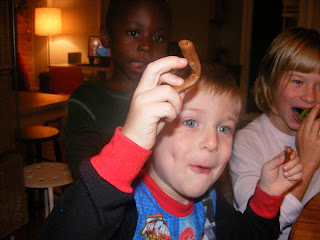 You can imagine what Ezra's comment was about his tootise roll :) 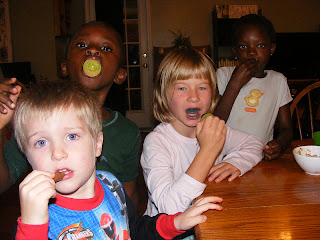 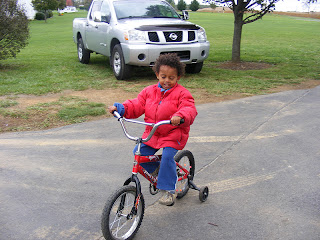 Then there is Eli...gets along with all the kids but he especially loves his cousin, Ava...actually more like a crush on her. 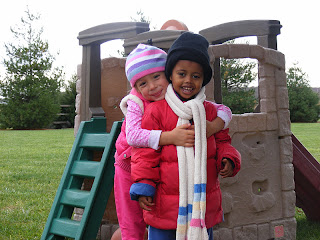 Last nite Eli went to a Mexican restaurant with Uncle Joseph and Ben...and he loved it. Ezra was invited but chose to stay with Nana......
Posted by mommajeane at 4:26 PM

i love these pictures =)